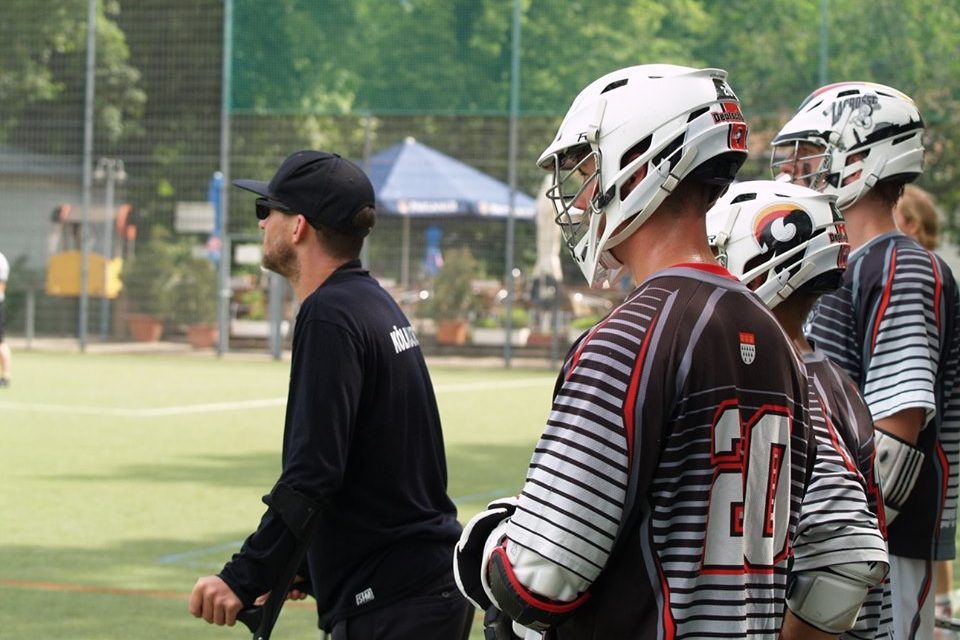 In his article from august 2019 Wolfgang Grießl, the former captain of the German Men’s National Lacrosse team describes very accurately how Lacrosse and coaching lacrosse in Germany looks like:

Lacrosse in Germany is a great mixture of both. It is definitely a social meeting place, but also a home for great sportsmanship and athletic effort. Most of the German lacrosse players start playing as a college freshman or during high school at the earliest. If you ask the players, you will find out that everybody describes his path to the lacrosse community as very unique and special. All teams in Germany are stacked with open-minded and dedicated personalities. The result is a very unique community with a lot of enthusiastic, young players in their beginning twenties who are bonded together by their passion for the game of lacrosse.

Germany offers different benefits: studying is for free. And other than a university-level league, there is a big club structure all over Europe where lacrosse is played from a young age to even the master’s level. This club structure and the community offer professional structures that are very well organized (like you would expect from Germans).

German Lacrosse is all about the sport and the community. The players and coaches are driven by the mindset of growing the game and reaching the levels willing to compete at the national and international stage.

Lacrosse in Germany is organized by the German Lacrosse Association (DLAXV). It currently consists of 62 clubs with nearly 4.000 active players. With Lacrosse not being part of the IOC, the German Lacrosse Association is not part of the German Olympic Association (DOSB). So, the DLaxV is run by volunteers and honorary offices. But that will change as soon as the IOC gives lacrosse recognition again. History about lacrosse in Germany goes back to two exchange students who experienced lacrosse in the States. After their return, they founded a club in Berlin and a club in Munich in 1992.

Concerning the question of how a coach would come over to Germany to work and if the lacrosse clubs offer any sort of assistance with VISA requirements, or finding paid work, Grießl answered:

If you’re not from the EU or an associated country, you need a residence permit of some kind (visa, residence permit, EU Blue Card, settlement permit, or the permanent EU residence permit) to be allowed to work in Germany. In most cases, the Federal Employment Agency has to approve, too. The condition for this approval is that you’ve got a specific job offer and that there’s no preferential (e.g. EU) worker who could do the job.

For a job as a lacrosse coach, this is no problem (find out more information here). Your residence permit will be linked to your work permit. Other options to get a residence permit are to enroll yourself as a university student at or to take language classes. As a club, we can always help with visits to the authorities, filling out necessary documents and finding a path through the jungle of bureaucracy. As for jobs, there’s obviously a wide range of differences between cities in Germany. In the small students’ towns, private tutoring, giving language lessons, or working at a bar are options to be considered. In big cities like Munich, Frankfurt, Hamburg, Cologne, it’s certainly easier to find a “regular” job in the car industry, engineering, banks, etc. Since more players in these bigger cities tend to be working already, it’s easier to find internships or jobs through contacts. Apart from that, clubs can pay a small salary, of course.

Alternatively, the club can offer you a job that is subject to social insurance contributions. This will reduce the amount of the salary you’ll be getting, but will ultimately be cheaper for you.

Concerning the financial situation for coaches in Germany, he mentions: „Since most clubs aren’t able to pay more than 500 €/month, you’ll need another source of income, be it an internship, a second small job, a regular job or some kind of scholarship.

To sum it up: All requirements can easily be fulfilled and there are many teams who have experience with the process and are happy to help.

On the question of what foreign coaches can expect from Lacrosse in Germany, he answeres that Germany has a fast-growing community of lacrosse players. There is a large number of players beginning at the age of 18-20. Most of the time they are switching from other team sports like soccer, hockey, or handball. This is the reason for the high diversity of skill level of players between the age of 18 up to 30 years. Therefore, there are several different levels of dedication.

In addition to the Senior teams, the coach should be interested in growing the game throughout the younger players. This is the most important aspect of building a successful team. Establishing high school programs, recruiting young players for the youth team, taking part in the local youth leagues. Even though there are dedicated players who are willing to coach the youth there should be a mutual interest in the youth program and an initiative to start projects, encourage older Players to take part in these, and build a responsibility in them to report back to the head coach. Experience with youth programs should be a key factor. Coaching semiprofessional and B-team players with a lower level of dedication needs a lot of patience, tolerance, and an understanding that there is a big difference between American sports programs to European programs. But, the top-level players in Germany stack up to some of the world’s best players. It really can be a high level of play here.

In addition to the regular season, there are a lot of tournaments in Germany by itself. Most of the tournaments take place in summer, between June and September. But, some are also in the winter, which is mostly box-lacrosse related. The level starts from beginner (Passau Open, Bodensee Cup in Konstanz) and goes up all the way to tournaments where national teams and top international travel teams participate (Berlin Open). The more professional tournaments are played on full-field size and with a full roster. Smaller tournaments are played at half field and only require a roster of 8-13 players.

Some of the fun tournaments are located at rivers or lakes and are perfect to spend a summer weekend. Play lacrosse, have fun, and get to know new people. Mostly after one or two weekends, you recognize people at the next tournament and it is a great way to stay in contact with people not playing in your league or even your country.

Besides the tournaments in Germany, all countries close to Germany offer a huge number of tournaments. That starts at Amsterdam Lowlands in the Netherlands, continues in Denmark, Austria, or Switzerland and ends in the Czech Republic with many box lacrosse tournaments like the world-famous Ales Hrebesky Memorial (AHM). Distance is never too far and accommodation is never really an issue, a cheap hostel close to a field, sleeping in the car or camping next to the lacrosse goal.

So, it is very easy to stay involved in playing in the summertime. There is pretty much a tournament every weekend in the summer. Some like the tournaments in Berlin and Amsterdam can be a little expensive with hotels, etc., but most offer free camping on site. There are some programs like the “Showstopper Team” and “Gin and Juice” from the UK who put together talented teams for most big events. The community in Germany, as well in Europe, is very family-like. Almost everybody knows everyone and having fun together is the highest value of tournaments in Europe. It’s a small community but the tournaments are all like family reunions.“

If you want to read more about the experiences from coaches in Germany, who made the trip overseas read our interviews:

Feel free to leave us a message at info@dlaxn.de. There are many options and opportunities waiting for you to grow the game in Germany.

Special thanks to Wolfgang Grießl for sharing his knowledge and experience! 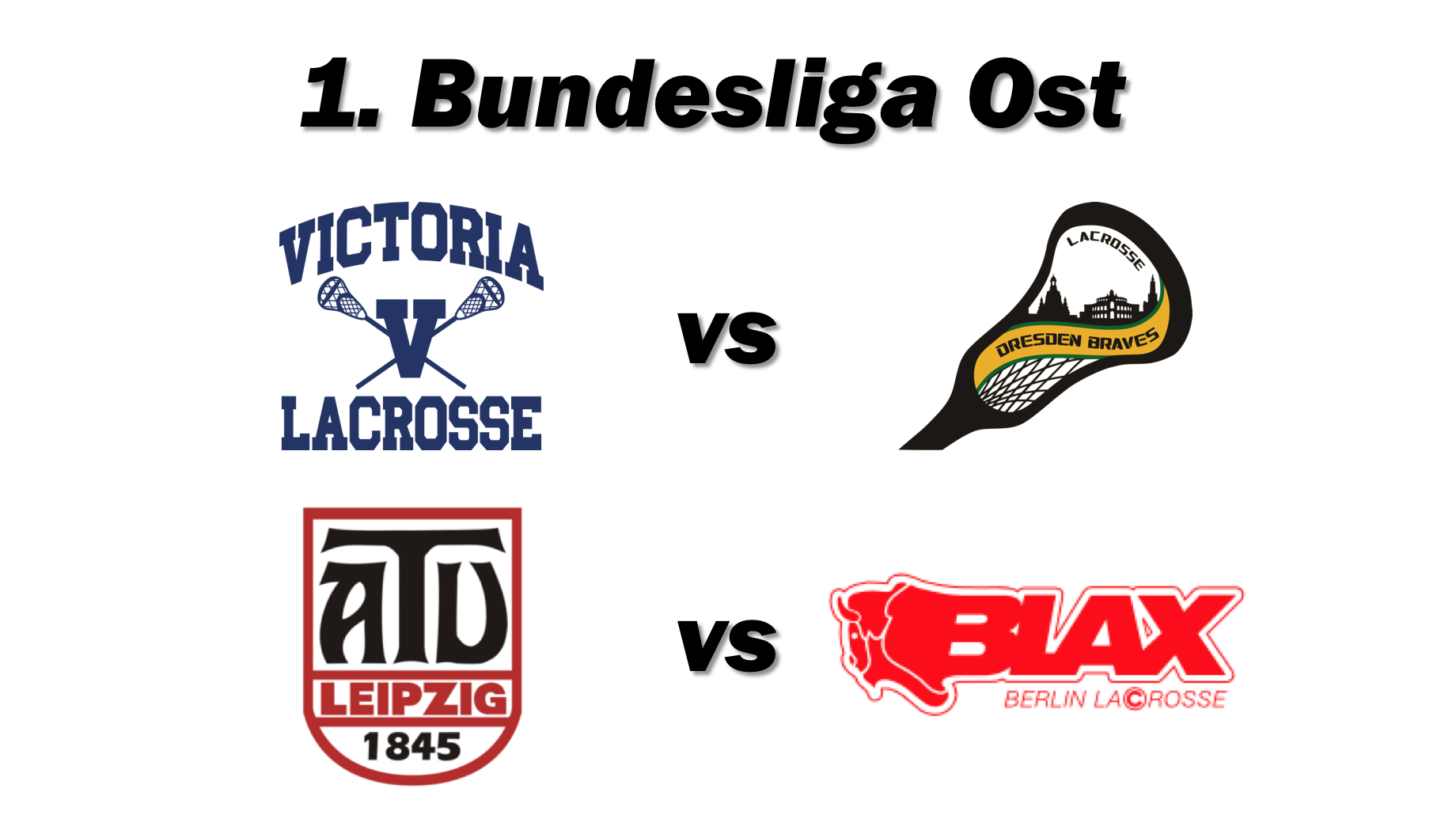 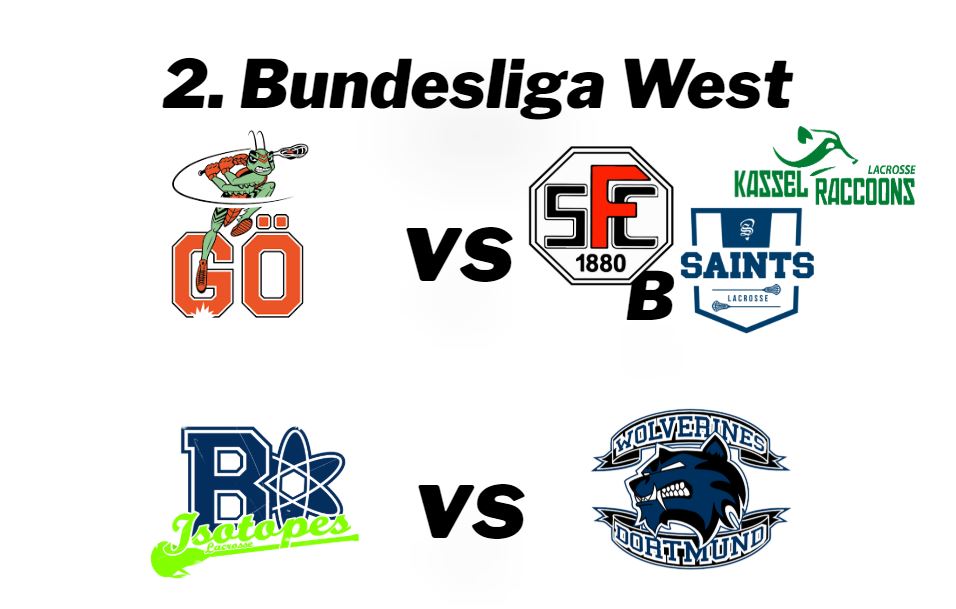 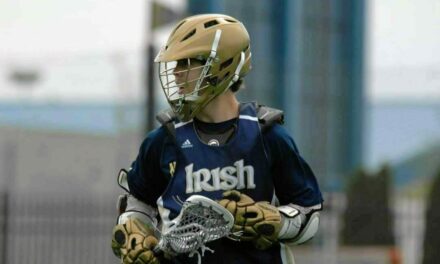 Logan Connolly – via the NCAA to Germany 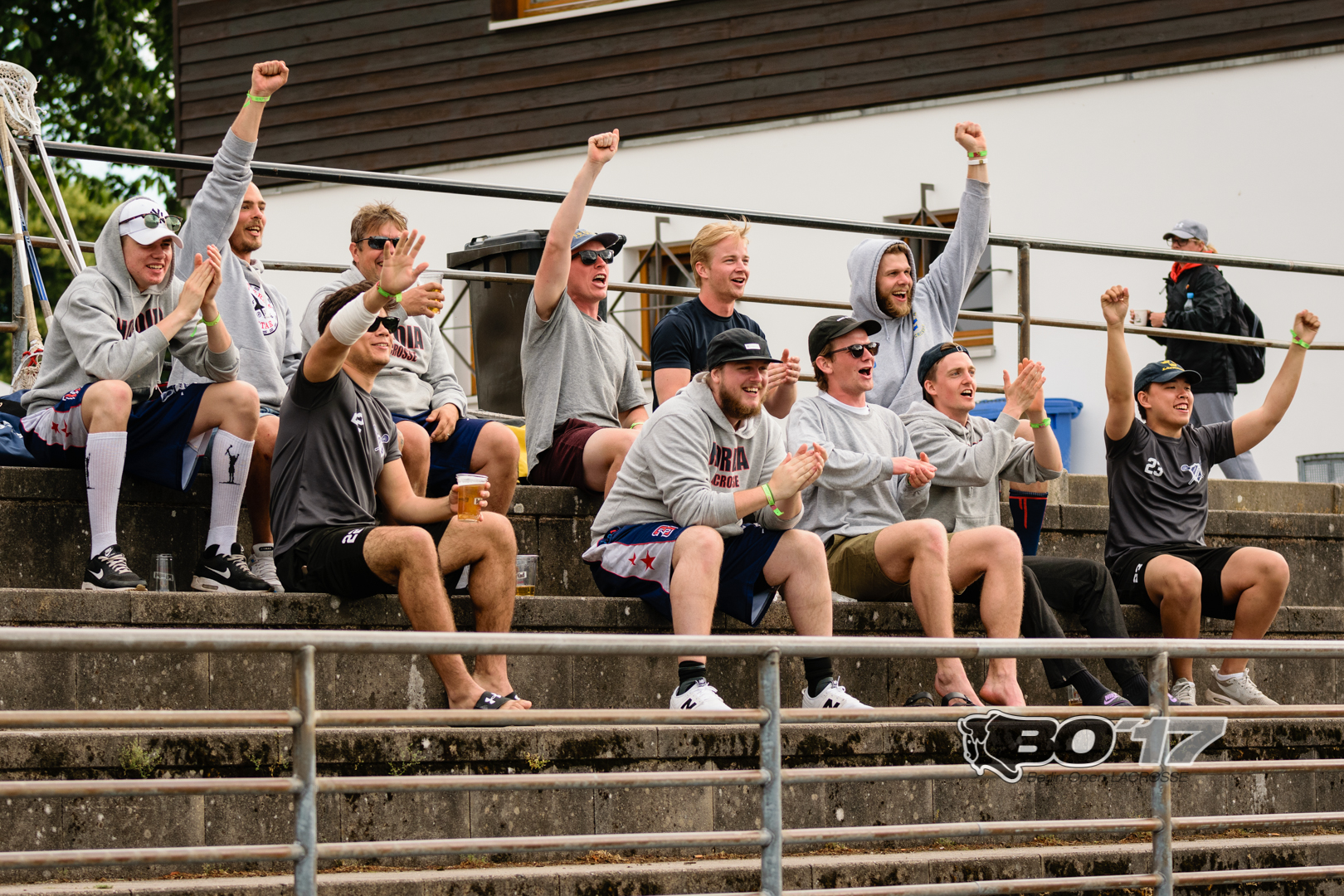