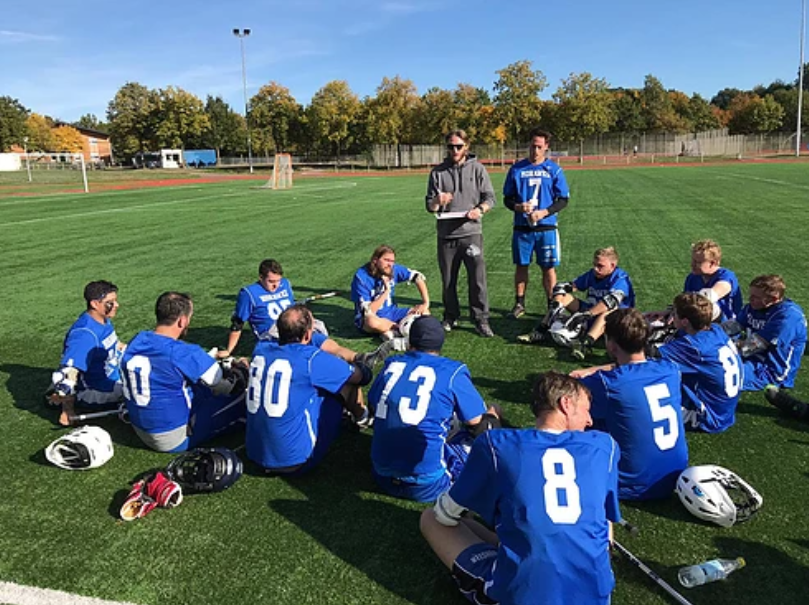 Adam Grey is a business entrepreneur from the UK. Among several companies Adam is the owner of Lax Evasion Ltd, a custom lacrosse gear company, that is currently undergoing a complete renovation from top to bottom and works closely with Eric Loomis’ brand Show Stopper Lacrosse.

Adam has had the pleasure of playing for Wales (his home country) in several World Cups and European championships, and is the current Women’s Dutch National Team head coach. He has over ten years coaching experience in women’s, men’s, youth and even mixed lacrosse.

On a daily basis you will find him in Münster coaching the Mohawks, a position that he loves dearly, and during the summers you will find him at as many summer tournaments as possible, sporting some questionable fashion sense and holding a beer at all times.

You have been Münster’s Head Coach for the men’s and the women’s program for quite a while now. How did you get to coach Münster?

But, let’s just say that the right person asked me at the right time if I knew anyone who wanted a tiny part time job in another country. Naturally given the circumstances I said that I did know someone, me!

In truth the job offer could have been for anywhere away from the UK, but I’m really glad I ended up in Münster. It’s brought me back to the game I love and I have found people here who have reminded me why I adored lacrosse so much in the first place. I’m lucky enough to now call those people my friends.”

What are your expectations and goals for this season?

“Well, that’s always a multi-part question because I now run 4 teams. Men’s A and B, and Women’s A and B, all in different leagues. But if we break it down, I have two major expectations.

Number one, I’d like to come top 3 in all 4 leagues. That is no minor goal consider we are a university town and every year I start with my developed players leaving to a bigger city (they’ve reached the end of their university time and need a career, which they won’t find in Münster), and have a boat load of new players who have never played before (some of whom end up in my first team).

Second, I want to go to playoffs with my two first teams, Men’s A and Women’s A, and I think we have a good chance.”

What is a good practice for you as coach and player?

“A good coaching session for me is one where people learn something, enjoy themselves, and go home tired. If you repeat this process you will inevitably have a happier team, a smarter team and eventually a fitter team too.

I also believe it’s okay to repeat a lot of last week’s drills, but vary the lesson of the day. Concentrating on a maximum of 3 teachings for the day ensures that your message is heard, repeated and also reinforced the next week.

As a player and a coach, you can reference back to previous sessions as an example when something goes wrong.

As a player I used to love this form of session because you learn in bite sized chunks that add up very quickly. Oh, and always finish with a 6v6, 5v5 or however many you have.”

What’s your favourite drill and why?

“As a player, my favourite drill was always one vs one. Win or lose, you dust yourself and go again. Making small corrections and improvements this way helped me to improve my stick skills, ball protection, feeding and shooting under pressure.

As a coach my absolute favourite drill is the trusty T-Shirt drill.

Players stand in two separate lines on the half way line facing the goal, one defence line and one offence line. In front of the goal (about 8 meters from the crease, or on the small arc if you’re a women’s player) you place a single cone.

The coach shouts a number and immediately that same number of people from the defence line run towards the cone. After the defence leave, give the attackers the ball (same number as defenders). Only once the defence have touched the cone are they allowed to play defence.

You can vary how long you hold the ball to make it harder or easier for the defence. It a simply drill, but it’s fantastic for so many lessons, including decision making, special awareness, communication, keeping your head turning, fast breaks for the offense and defence too, patience, grounds balls, passing under pressure, finishing, body defence and breaking down steps… the list is endless, it’s too much to write.”

You have been a playing coach for a while, what are the biggest challenges?

“At the moment I have the misfortune of being injured. That’s a tough one because it means I have to miss the first half of the season and possibly more. Being back on the side-line is frustrating, but also humbling and offers an entirely different dynamic.

It has to be said that not everyone can be a player coach. Some people are good at it, and some people are terrible at it, it’s that simple. To that end I was nervous when talking to The Mohawks about taking on the position.

I was never employed by Mohawks to be a player, but after a while I knew I had to get my lacrosse fix out of my system, so I discussed it with them. To my surprise (and I think the team’s too) it actually worked very well.

It gave me a special insight into what it’s like on the field.I could co-ordinate the offense and defence from within, talk one on one with new players in real time, and really fight in the trenches with the boys.

The down side is I’m not running the bench, or taking to the opportunity to coach one on one on the side-line, which is crucial to development. It is easy to forget a lot either for yourself or for the team, but I think being an experienced player helped a great deal because I never had to concentrate much on my own game, I just played and thought about what everyone else was doing.

What’s your favourite part about Germany?

“If we are talking about lacrosse, it has to be the refereeing setup that the leagues enforce. I hated being a ref in the UK because it is an underpaid, underappreciated job that you often have to do alone.

Yes, you heard me correctly – refereeing a whole game alone, sometimes without even a bench official, timing all the penalties as you run around. We don’t even have a score sheet in the UK (or we didn’t when I left) it’s only down to the referee’s card. So being a referee here is extremely pleasurable by comparison, as is the ability to play and coach in such a good setup.

If we are talking my favourite part of Germany as a whole, then as boring as it is, I have to say it’s the healthcare system. Since being here I have shattered my right knee cap, had two herniated discs in my spine, broken my clavicle, and generally had a number of things that I have had to visit the doc or call an ambulance for in addition to those above. Considering I have only been here 3 years, that’s a lot!

The care I have received has been nothing short of amazing. Keep it up Germany, you’re doing it right! If this had happened in the UK I would be in wheelchair by now, or died on a waiting list somewhere.”

Thank you, Adam! And good luck for this season! 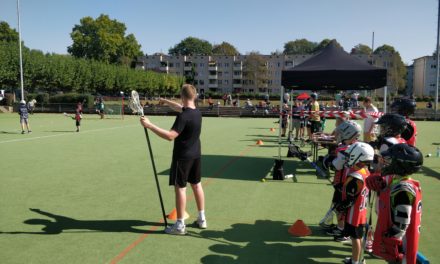 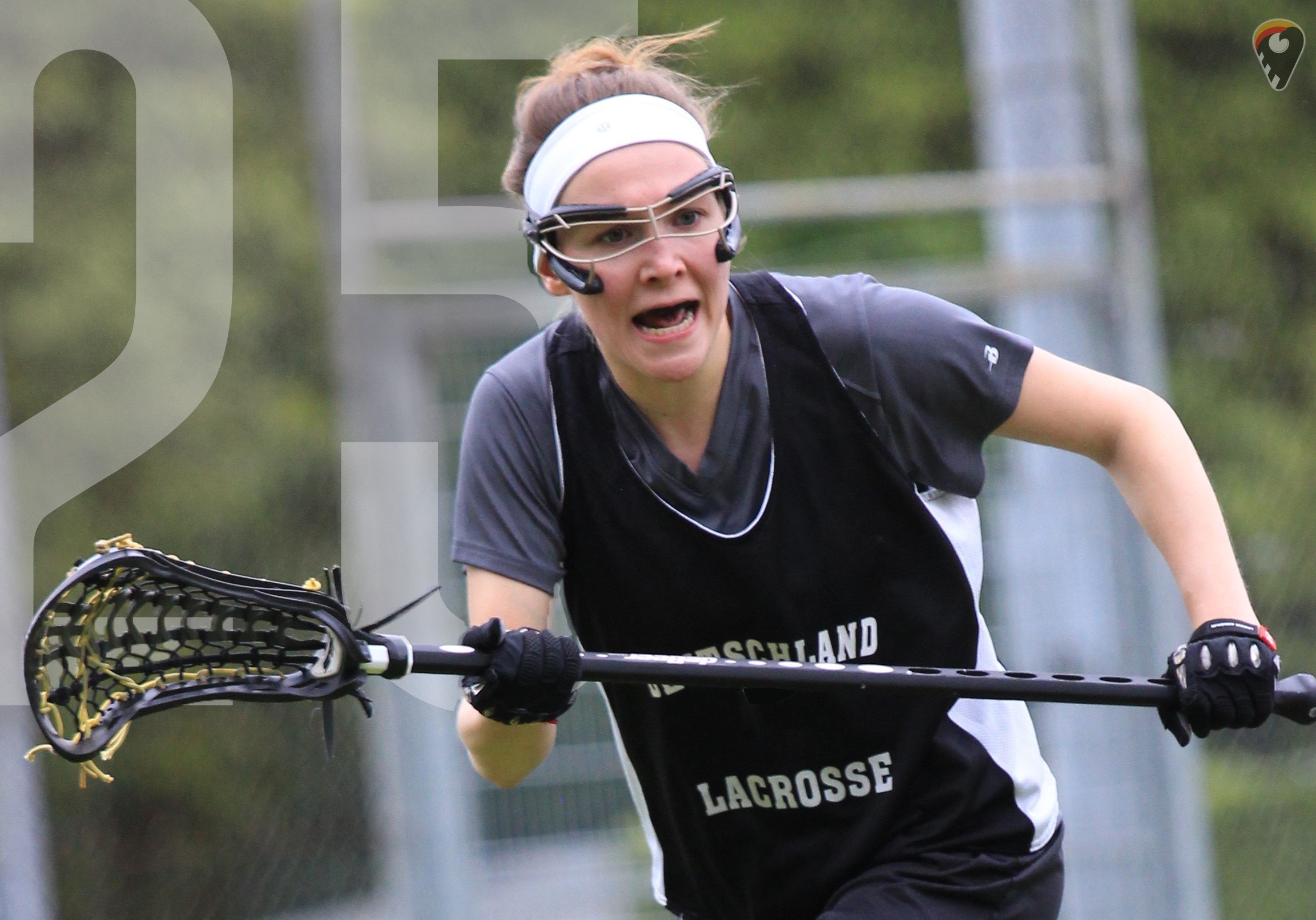 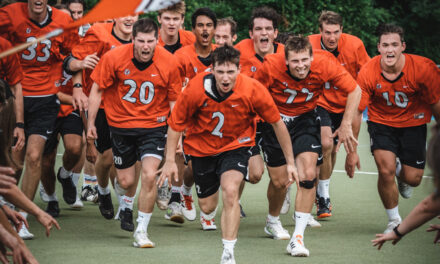