Pavel Dosly – about his experiences, the development of lacrosse in the Czech Republic and his love to the sport of lacrosse 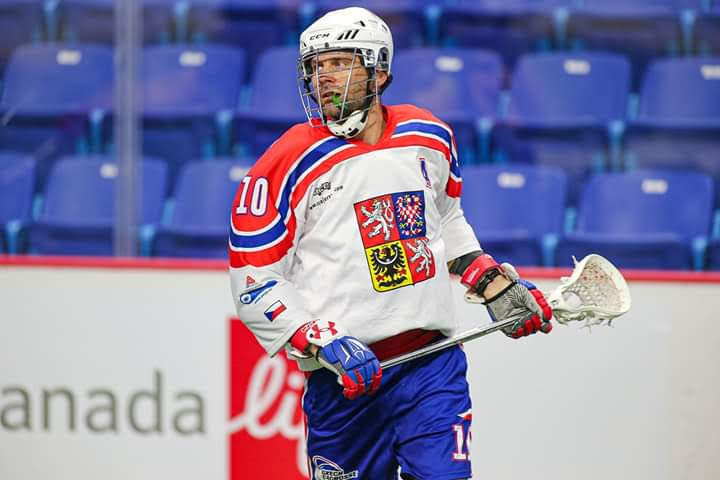 DLAXN: Can you tell us a little bit about yourself and your lacrosse career? What do you do for living and why does lacrosse mean so much to you?

Pavel Dosly: Basically, under the age of 18, in addition to lacrosse, which I started at the age of 14, I tried a lot of sports and hobbies from track and field on school, through inlineskating, to even American football. At that time, the internet was still in its infancy, no social networks and usual computer Comodore64 😊 So after the school right outside and any sport was great, just do something. However, the turning point came when I got into the national team fort he first time at the World Championships in Baltimore, since then everything has changed significantly and there was only lacrosse for me (except for winter, I still do play ice hockey at the hobby level, just because it helps me relax mentally after a long lacrosse seasons) But of course I have to earn money in work as a network specialist for a mobile operator.

Dosly: Well, it’s huge different now than it was when I was younger … before it was a lot about fun … lacrosse training about twice a week, other days different sports, and a lot of wallball, every day on the move. Later, other sports ended and a gym was added, gaining some mass and, of course, a lot of running. Now for the last few years, I’ve only benefited from it, 2-3 workouts a week, occasionally running outside and lifting some iron here and there. And much more rest … although children will not make it much easier for you 😊

Dosly: I probably wouldn’t say I’m completely out of it. Already at the beginning of this millennium, I played a lot of tournaments all over Germany and also played for Passau. Later I was invited to the BHC team and played five seasons 2010-2014 including playoffs and final4s. The highlight was the Deutsche Meisterschaft 2014, it was one of my best experiences in lacrosse. I still like to wear my Deutscher Meister T-shirt with pride.

But back to your question. I think in the 20 years I’ve been watching this, you’ve made tremendous progress, especially in the number of teams, players and youth program. I think that here in the Czech Republic we have a lot to envy and learn from you.

„Maybe when I stop playing, hopefully I’ll have the strength to give back something to lacrosse.“

DLAXN: In Germany, national team players have to finance everything themselves. How does that works in the Czech Republic?

Dosly: We had similar problem and there were times when I had to borrow for the trip to the championship. But in recent years, our general manager Roman Pokorny has done an incredible job of financing the national team through grants, and the price for players has dropped significantly and stopped  to be an excuse for some players. The second thing is when I see how much you pay or paid for a coaching team, equipment and outfit, There could be a chance to save a little I guess.

DLAXN: How do you see your future in lacrosse?

Dosly: It’s a little tricky these days. Covid-19 has a huge impact on our sport, and not just ours. I realize that the end of my playing career is approaching every year. At the same time, somehow I can’t stop … I feel like I let it go while I enjoy it. And now when we cant play for a longer time, I feel great physically, nothing hurts 😊 And coaching, you might ask, well … I’ve tried it before and it’s harder than it seems. Maybe when I stop playing, hope I’ll have the strength to give back something to lacrosse.

Dosly: Not really, I don’t have a favorite team. I watched the NLL before, when there were a lot of players I knew personally. Last few seasons I just watched playoff matches, but I also like to sleep 🙂 In the summer I watched MLL and PLL, thanks to covid, there was not much to do and so I tried to save the world from my couch.

Dosly: It’s part of the game and every player is different. I knew a lot of players in Canada, whom trashtalk helped with their own performance, but they also had to pay for it from time to time. It is not much happening here in Europe, but there are situations where it can help. If a player gets provoked and then makes a stupid foul and penalty, then I have no problem with that. Players must be resistant not just physically but also mentally, which also helps in life outside of lacrosse.

DLAXN: How do you see the current development of lacrosse in the Czech Republic and all over Europe? What can we do to further promote the sport?

Dosly: The situation in the Czech Republic is not bright, in recent years the number of players has been declining and even the overall level of the game cannot compete with the rise around in Europe and in the world. Facilities or equipment is no longer a problem but attracting children and then keeping them until adulthood is a problem. There are so many attractions and opportunities around which make them stop playing at the age when, they should give it the most. The key is to hold the ending players around to keep the community. And of course social networks, television and good marketing, to make lacrosse visible as much as possible … the children will then come themselves, I’m not afraid of that.

„It’s a wonderful sport, the best in the world, and each of us around contributes to it.“

Dosly: I don’t see it as a problem, it gives lacrosse a certain variability, everyone can choose what they like the most. There are many variants in other sports as well. For us, it’s still the same lacrosse stick and adaptation to different rules is just a mind setup.

And the politics around the Olympics is the same. Other sports also had to adapt to the Olympics to get there. It doesn’t really matter what the Olympic version of lacrosse will look like, especially if it gets there and keeps a few more games. This will help to make lacrosse visible, attract new players and sponsors, it will also help to the other verions of lacrosse. The current Olympic version is not bad and could develop even closer to the field. Maybe then Indoor could be at the winter games.

DLAXN: You have been playing for a long time. How did the game change internationally and in the Czech Republic?

Dosly: No problem to find older videos on Youtube or Facebook, this change is crazy … the person who is still inside does not perceive it that way, but those videos are relentless and sometimes even ridiculous. Everything is faster, better, more accurate … thanks to that, there is a little less man-to-man combat and more tactics and teamwork. It’s a wonderful sport, the best in the world, and each of us around contributes to it.

DLAXN: Despite the comparatively great tradition of box lacrosse in the Czech Republic, the Czech team had Chet Koneczny and Peter Dubensky, an NLL goalkeeper without much connection to the respective country, between the posts at the worlds 2019. What is your general opinion about the use of „external“ players?

Dosly: Another tough question. You know, the rules allow up to 4 players with roots from a given country. I think that the Czech Republic is not a country that would abuse it in any way, Chet has been a part of the team since 2007, both box and field. You are right that Peter was a significant reinforcement, but within this rules and the question about goalkeeper is always difficult. When this opportunity came up, honestly who would not use it. Personally, I would completely ban it… but then countries with easier access to passports would be favored. And you can guess the country (ies) I mean.

DLAXN: What is your drive? Why do you keep playing lacrosse?

Dosly: I think I’ve answered the previous questions … I just love it … there’s nothing better than coming to the field, fighting for my team, my country, leaving everything there and having fun at the same time. It will allow me to forget, at least for a moment, about all the troubles in the world.

DLAXN: Do you think the German National Team will ever be able to beat the Czech National Team in an international box tournament? If not why?

Dosly: Not before I stop playing 😊

But seriously … it could be the next match. Just as you play more field and you are ahead of us, it is the other way around in box. But also each match is different, the last one, for example, was decided by confidence and experience in the last quarter, you were close.

DLAXN: Who is Europe’s best lacrosse player in your opinion?

Dosly: Can I answer similarly as at the beginning of the answer? 😊

I don’t know, I don’t dare to name someone … I know a lot of talented players who would certainly deserve this label, but no one is the best by far. Who knows, maybe it’s someone from England I don’t even know… but I hope I will meet him on the field.

DLAXN: What would you give young lacrosse players to become successful in the sport of lacrosse?

Dosly: Never give up on your dreams … it will hurt, it will bother you, but you have to get up every morning and work on yourself. Wallball, running, exercising, you have to do everything more than others. Someone has talent and it is easier for him, but only those who really work hard are fully recognized by this great game at the end. 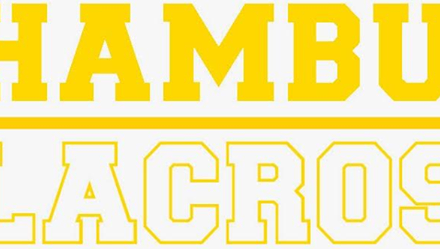 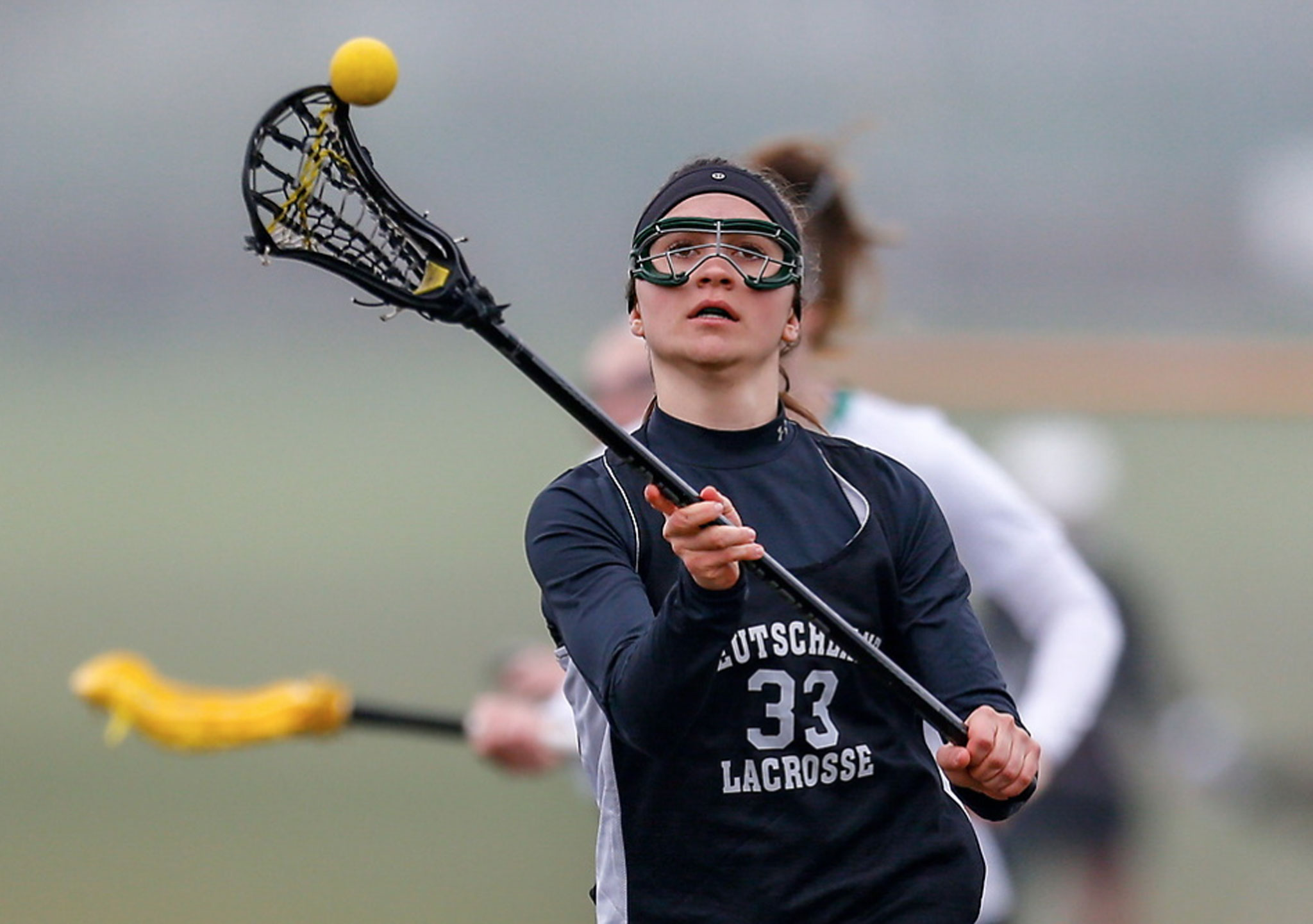 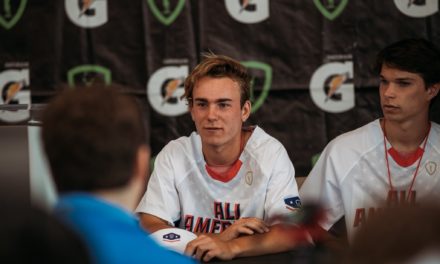